A night’s rest in Jaipur and a visit to the erstwhile city of Amber got me all enthusiastic to see the legendary Chittorgarh and Udaipur, the capitals of the famed Mewar Kingdom, stories of which captivated me so much back in my school days, like the chivalry and bravery of Rana Pratap and his stead Chetak, the famed beauty of Rani Padmini of Chittor that doomed the Kingdom and endless tales of intrigue, valour and tragedy. So with much enthusiasm we hit the road again the next day leaving Jaipur around 1030 hrs (again after making concessions for the kids and their breakfast) taking the National Highway 8. The NH 8 is a straight road to Udaipur via Ajmer, Beawar, Bhim and Nathdwara with a distance about 400 Kilometers. We however decided to go via Chittrogarh and so we turned off NH 8 into NH 79 from Kishangarh after travelling about 95 kilometres from Jaipur. Till Kishangarh, it was a dream ride. The roads were wide, smooth and free (six lane highway, three on each side). We were, however, cautioned that the highway gets pretty congested after Ajmer. Hence our decision to take the less travelled NH 79 which took us through Nasirabad, Bhilwara and Chittorgarh. The road was only four lane (two on each side) but in a very good condition except for a few patches. With fewer number of trucks plying on this route, it was a better alternative.

When we reached Chittorgarh, we were running a little behind schedule and we still had 117 kilometers to cover for Udaipur which we wanted to reach before sundown. So we changed our plans and decided to visit Chittor on our way back which was good because I did not want to rush it.

Udaipur was the last capital of the Mewar Kingdom. It was founded in 1559 by Maharana Udai Singh II (father of Rajput hero Rana Pratap) who built a palace on the banks of the Pichola lake and after the erstwhile capital Chittor was captured by Mughal emperor Akbar in 1568, Udai Singh shifted his capital to the palace by the lake which became Udaipur city, so named after him.

The Palace by the lake still stands today, a part of which houses the abode of the present Raja (descendent of the King who built the City) and the rest has been converted into a heritage hotel and Museum where the tales of Rana Pratap and his belongings are on display.

For the uninitiated, Rana Pratap is a cult hero of the Rajputs that had ruled the Rajputana region (what is now Rajasthan and some areas of Gujarat and Madhya Pradesh). Heir to Uday Singh II, he was one of the few Rajput rulers who fought valiantly till his dying days against the mighty Mughal empire which ruled most of India at that point of time. Rana Pratap considered the Mughals as invaders and led the Rajput confederacy consisting of handful of other Rajput nobles and rulers against the Mughal empire under Akbar, as opposed to most of the Rajput Rulers like Jai Singh of Amber who forged an alliance with the Mughals and prospered or at least assured of their existence as vassals after accepting the Mughal suzerainty. It was in the famous battle of Haldighati in 1576 that Rana Pratap faced off the mighty Mughal army led by Jai Singh himself as the Commander-in-chief. The superiority of the Mughal army and its artillery wrecked havoc on Rana Pratap’s army and yet folk songs are still sung on how Rana Pratap on his faithful and agile stead Chetak tried to pin down Jai Singh, who was riding an elephant, with his spear. Rana Pratap was eventually forced to flee by his generals and it was his faithful stead Chetak yet again who, wounded as it was, flew the king out of the battlefield and died jumping a river while escaping. Rana Pratap stood staunchly by his valour and honour and despite losing his kingdom he remained undefeated at heart. He is said to have spent his life roaming the jungles of the Aravalis trying to recapture Mewar again. The story had left a vivid memory on my mind since my school days that I just couldn’t resist telling it here.

Coming back Udaipur , a boat ride took us on a tour of Lake Pichola with breathtaking views of palaces that were subsequently built by the later rulers (which now have been turned into heritage hotels).

Udaipur, owing to its location, remained safe from the Mughal reach and remained the capital of the Mewar Kingdom untill it became a princely state under the British India in 1818. Meanwhile with the decline of the Mughal empire, the Rajput rulers reclaimed much of the territory of Mewar back, however, Chittor the erstwhile capital of Mewar still remained illusive to the rulers of Mewar. 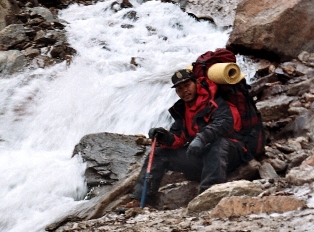